The Reporting Policy of the Parliamentary Budget Office of Georgia (PBO, hereinafter) throughout the annual budget cycle is based on the institutional mandate of the PBO in a capacity of an IFI within the existing fiscal architecture as well as the provisions laid down in the Rules of Procedure of the Parliament of Georgia concerning its role in parliament’s budgetary oversight (also considering the relevant provisions of The Budget Code of Georgia).

In particular, for Budgetary Planning/Review

Furthermore, as set out in the Article 139 of the Rules of Procedure of the Parliament of Georgia, PBO reviews the amendments of the Budget law. The preparation timetable is determined based upon the parliament’s hearings schedule as defined by the Speaker of The Parliament.

Parliamentary Budget Office monitors the execution process of the annual budget, so as to avoid the late detection of significant budgetary errors and reports to the Parliament at the following frequencies:

For the publication dates of our reports throughout 2020, please see The Calendar, 2020 below.

* Due to resource constraints, not all our publications are available in English. However, we try to do our best to ensure that non-Georgian speaking users of our products are provided with at least the summary of all our reports. 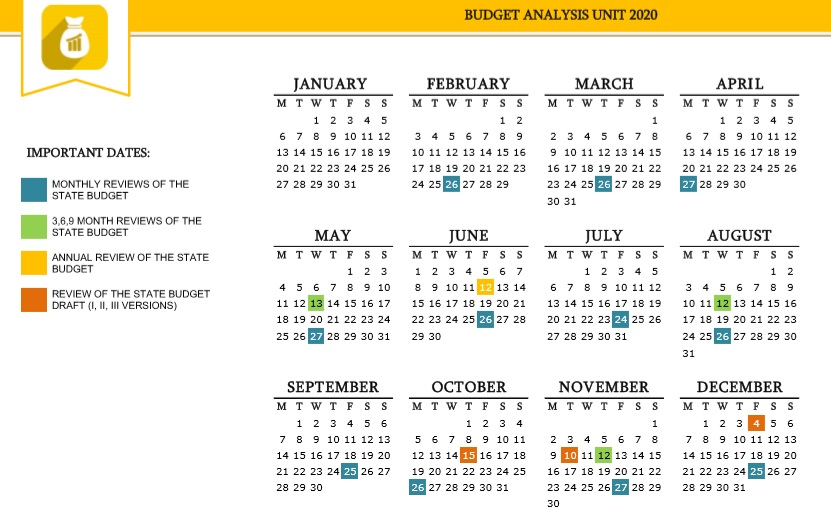